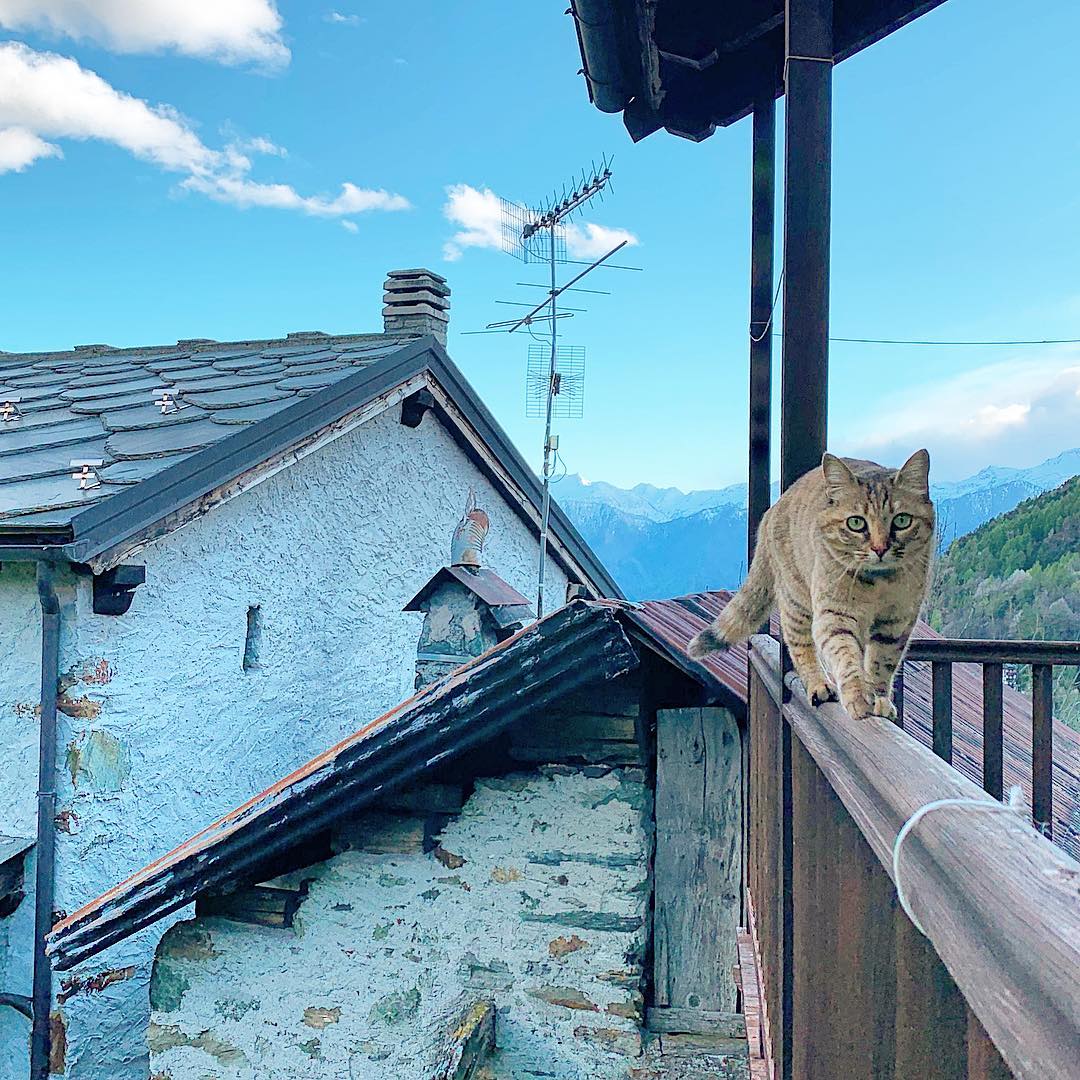 After being on the hunt for my cat Milù for 5 weeks now, I feel like it’s high time for me to write this post.

Because people can be d@@ks. Even if they mean well.

You can find loads of articles online about what you shouldn’t say to someone who has LOST a pet, but it’s time people also realise how hard it is to have a MISSING pet.

There are some things that no one should say to someone whose pet has gone missing, under any circumstances. Ever.

When your pet goes missing, especially if you have no idea how or why, you don’t have closure. You can’t grieve. And you can’t lose hope.

It’s a whirlwind of feelings, and it’s physically and emotionally exhausting.

You do things you never knew you were capable of doing, like contacting psychics or considering flying a team of pet detectives across countries. But that’s a different story for a different post.

I understand. Logic tells us that if a pet hasn’t show up in X days, let alone weeks, they won’t be able to make it back to us. After all, we’ve been their care givers for all this time, preparing their meals and cleaning up their litter box.

However, most escaped indoor cats will hide frozen in silence, anywhere from a few days up to 17 days or longer (15 on average). That’s over 2 weeks.

An outdoor access cat could stay put for even longer, especially if they’re skilful hunters and there’s an abundance of prey in their territory.

I’ve also personally heard of a pet missing for months, and even YEARS, and then making it back.

So, please, don’t assume that just because a cat is gone for 5 days, or 5 weeks, it’s dead and will never reappear. And if you do, please keep it to yourself.

#2 – The (urban / rural) area is massive! It’s an impossible search

Trust me when I say, I know what overwhelming and impossible feels like.

Same thing when cat gets lost in a big city. With all the buildings, skyscrapers or villas, cars, trucks, dogs, people…

However, before you spit your sentence, know this:

A lost / displaced indoor cat (who has somehow ended up outdoors) is usually found within a 2.5-house radius from where it escaped, while an outdoor access cat will generally roam within 315 metres (roughly, a 17-house radius) from their owner’s home.

Which means that, however big the area, there is a good chance the cat is hiding somewhere not too far away, or has made a close-by area its new territory.

This will also depend on your cat’s personality, gender and whether they’re neutered / spayed. Male cats tend to roam farther, especially if not neutered, than females. Side note: neuter your cat!

From www.pethub.com: “Cats have been known to be missing for weeks, only to be discovered living in a neighbor’s yard within the same city block, or in the case of rural dwellers, even somewhere on a multi-acre property. A cat won’t roam too far from home if possible, but is less likely to find their way back than their canine counterpart, especially if they are an indoor cat.”

Yes, there’s always a chance your cat has been accidentally (or voluntarily) transported to a faraway area, but in most cases, it might just be hiding within a 500-metre area.

Instead of telling your friend with a missing cat that it will be impossible to find her again because the area is too big, help her organise a structured search, starting from the immediate 300- to 500-metre radius and expanding from there.

#3 – There are many animals in the area. She was killed by a fox or another predator.

I don’t know where you’re reading this from, but most people I’ve talked to are convinced that foxes are a massive threat to cats (and, across the pond, coyotes). Other predators could be birds of prey, bobcats, or dogs.

Coyote and fox cat killings are not impossible, but not as common as you might think, especially if the cat is used to being outdoors.

Cat behaviourists across the globe have conducted several investigations and have come to the conclusion that, “while in very rare cases cats do get injured or even killed by foxes, your cat is at far greater risk of being injured by another cat or a car than being attacked by a fox.“

Foxes are opportunistic animals and will likely only prey on an injured, sick or otherwise weak cat. Many foxes share food with cats in suburban areas, too.

Pet detecting agency 3retrievers tells us that “Someone will have told you that your cat was killed by a predator and there is no point in looking.  In every missing cat case I have worked, the owner was told by one or more people that a predator killed her cat. […].  This is somewhat unlikely, even though it does happen once in a while.

Out of over a thousand carefully documented missing cat cases, fewer than three percent were proven to have been killed by predators.  Over seventy percent of missing cats made it back home, one way or another.

Misinformation like this is responsible for more cats not being found than actual deaths by predators. When distraught people hear stories of pets killed by predators and believe there is no hope, they stop looking.”

If my cat is out there somewhere – dead or alive – I will find her. I need to know where she is and what happened to her, even if that’s going to take 12 months.

You’d better team up with me and help me in my search, or keep your comments to yourself.

#5 – You should get another cat / With all the money you’re spending on this search, you could buy yourself another cat

I’m not kidding. Some people think that comparing your missing cat to a new MacBook you can just buy from the closest Apple store is a sensible thing to do.

There is so much wrong with this statement that I don’t even know where to start.

A cat isn’t a disposable object (for most of us, at least). It’s a living being whom we love unconditionally, and with whom we have a deep connection.

The fact that my cat is currently missing doesn’t automatically mean I should replace it with a different cat.

No two cats are the same, and a new cat isn’t going to fill in the void of my missing cat.

So please, even if you do mean well, keep this insensitive comment to yourself.

Milù always responded when I called her. Always. She would either meow, or come to me running.

That’s why I frantically went around searching for her yelling her name at the top of my lungs day after day and night after night.

However, I ignored that missing / displaced cats immediately go into something called “survival mode” and will not meow (unless they have reached their threshold period, typically when they can’t survive any longer without water or food.)

Even the most loving cat is not likely to come when you call if stressed or frightened.

From Pet Detective Kim Freeman: “This phenomenon is called, ‘The Silence Factor’ and is one of the reasons so many lost cats are never found. A hiding cat will not meow. They will not move. They instinctually know that meowing gives away their location to possible predators. They are just too afraid to risk it. This is why you need to imagine your cat as deaf when searching“.

Missing Animal Response also says: “This is because cats are territorial and their primary protective measure from predators is to hide in silence. […] Meowing would give up their location to a predator. Their behavior has nothing to do with whether the cat loves you, whether it recognizes your voice, or whether it can smell you – it has everything to do with the fact that a frightened cat will hide in silence!”

Now that you know the truth about missing cats hiding behaviour and meowing, never tell someone with a missing cat that she would have already meowed back if she wanted to.

And you’re just someone whose opinion I didn’t ask.

All jokes aside, don’t you ever tell someone that their cat was just a cat.

First of all, your use of the past tense implies you are assuming the cat is dead or will never be found again.

Also, you’re being incredibly rude, insensitive and disrespectful of someone’s feelings, lack of closure, and pain.

Everyone has their own views on the world, and that includes the way they see animals and pets.

If you do not value pets as important members of your family, it’s entirely within your rights to do so; however, unless you want to come across as the Ultimate Supreme D@@k, please keep such a rude comment to yourself.

#8 – She decided to leave / She’s chosen a different home

Contrarily to popular belief, cats don’t run away like dogs.

Unless they’ve been going through a period of stress (a new cat, a new move, something to which they haven’t adapted well), most likely something has interrupted their usual routine, especially if they are outdoor access cats.

Cats are territorial and they do not just run away from home.

Most cats do not literally “run away” even if abused — if anything, they prefer to stay put because of their innate territoriality. It is more descriptive to say that a cat was lured by a squirrel, or chased off by a dog or some other frightening event, but then finds itself reluctant to leave the NEW territory out of fear, rather than say the cat intentionally ran away from its old territory.

That was it. These are 8 things you should never say to someone who’s searching for a missing cat.

Know someone who could use the information shared in this article? Share it with them!

Has your cat ever gone missing? What was the rudest or most insensitive thing someone told you while you were looking for her?